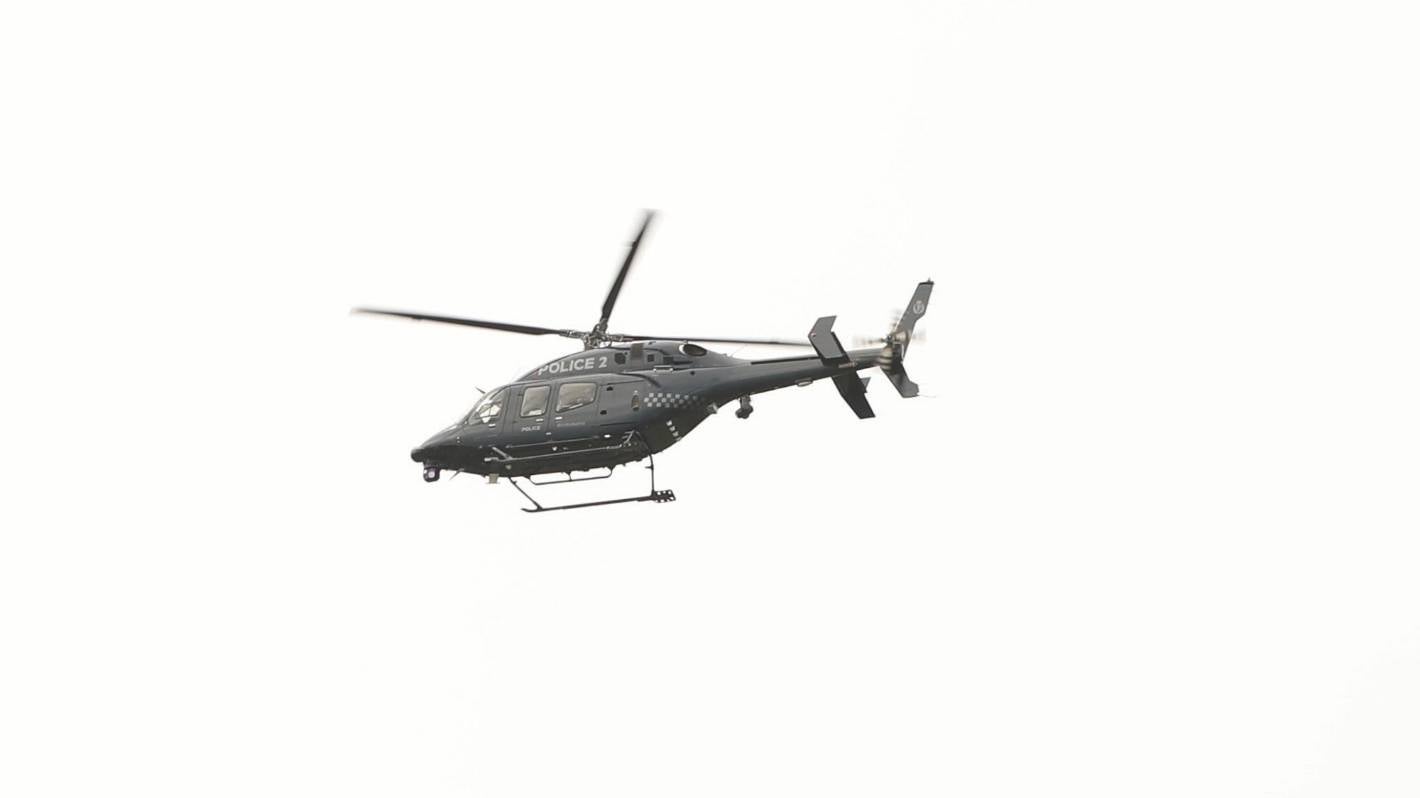 Seven young people were arrested by police helicopter staff on Saturday afternoon in Welsford after attempting to steal vehicles.

A police spokesperson said incident unfolded after members of the public watched a suspicious vehicle in Kaiwaka township at about 1pm.

The car didn’t have any registration plates and was being driven at speeds well in excess of the speed limit.

The spokesperson said the police helicopter, Eagle, found the vehicle in the Dome Forest, and monitored the car as it travelled south.

The car then changed direction and headed north.

The spokesperson said road spikes were deployed near the northern end of Dome Forest.

“The car continued on for a short distance, before not being able to travel any further and coming to a stop on State Highway 1 in Wellsford, near Wayby Valley Rd.”

The spokesperson said the young people then ran from the stolen car and approached a queue of stationary vehicles that had been blocked by the stolen car parked across the road.

The young people unsuccessfully attempted to gain access to some of these vehicles, in an attempt to make their escape in another vehicle.

“With ground staff still some distance away, Eagle staff made a decision to land on farmland adjacent to the incident, just off State Highway 1.”

The spokesperson said two officers from the helicopter ran to the scene and took the seven young people into custody before they could escape again.

Inspector Jason Homan said he had “no doubt” that the actions of the Eagle crew prevented further offending being committed by the group.

He said the young people were “intent on securing a second stolen vehicle – and undoubtedly fleeing again”.

“We are very proud to have such high performing staff, who are so committed to keeping our communities safe. The team did a really great job today.”