Kealy Warren is on a mission for school funding – again 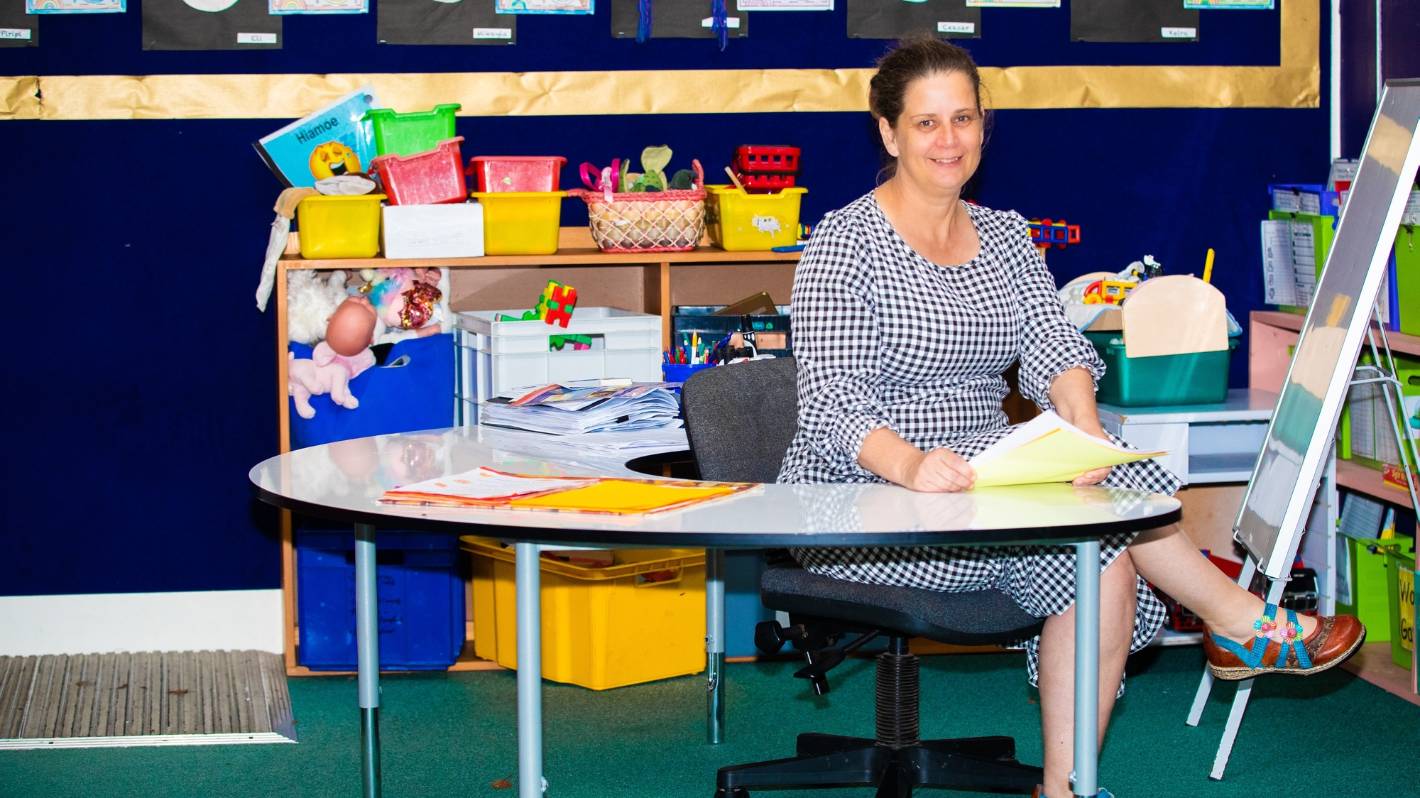 Kealy Warren, deputy principal of Marfell Primary School in New Plymouth, is campaigning to get better funding in schools for children with long term intellectual disabilities.

After protesting a Government loan to a private school, Taranaki teacher Kealy Warren is on another mission.

This time she wants to get nearly $300,000 in funding for her school children who have long-term intellectual disabilities.

Warren is the deputy principal at Marfell Community School in New Plymouth and gained a national profile in 2020 when she led criticism of a Government funding decision.

She is now campaigning to get money to help youngsters with Attention-deficit/hyperactivity disorder (ADHD), Autism spectrum disorder (ASD), and Fetal alcohol disorder (FADS).

“I’m trying to get a funding avenue for kids that are going to need one-to-one support throughout their schooling, but at this stage there is not much available for them,” she said.

READ MORE:
* Parents, advocates report tough battle to get support for autistic kids in schools
* The $30k problem: Special school faces closure unless new teachers can take pay cut
* Kealy Warren is the Taranaki Daily News Person of the Year 2020
* The tale of the Taranaki deputy principal who invoiced the Govt $26.9m for her students’ fair treatment

“These poor kiddies think they’re stupid, think they can’t learn. They get disengaged. The boys especially go down quite negative paths, and it’s actually preventable.”

Warren calculated they had 18–20 youngsters who would need three hours a day of teacher aide support, which worked out to be approximately $270,000 in extra funding a year.

Short-term solutions were not going to help, Warren said. These children would need a teacher aide three hours a day until they were 18.

Without that support, these youngsters are dominating the classroom and their teacher’s time.

“Everybody else is missing out.

“That’s why literacy rates in New Zealand are falling – teachers have too much to deal with.”

There is currently funding through the Ongoing Resourcing Scheme (ORS), which provides support for students with the highest ongoing levels of need for specialist support.

Warren said she had applied for this for the children, but “because they can walk and talk, they don’t qualify”.

There was nothing for those youngsters in the middle, she said.

“It’s not a unique issue to our school. Teachers are tired.”

Warren had also taken the issue up with New Plymouth MP Glen Bennett.

Since then Bennett had also met with two other New Plymouth schools to discuss funding.

“It’s around how do we fix a broken system and what are the short, medium, and long term things we can do as a Government to ensure a child going through our education system isn’t left behind.”

Bennett said it was a personal issue for him as his husband is a school teacher too.

“He comes home and complains to me about the competitive national or ORS funding and why should he have to compete for a student in his class that might win over a student in another class.

“And one of my foster boy’s sons has learning disabilities and trying to get the correct support in place can certainly been a challenge.

“People think it’s an issue with lower decile schools, but it’s an issue across the board. It’s all schools and the complexities of students learning needs,” Bennett said.

“We have to look at how we fix the system, we can fix this if we have the will to, and I’m committed to that.”

Last year, associate minister of education Jan Tinetti announced the Highest Needs Review to ensure children with the highest needs for learning support were able to achieve their full potential.

The review will include if the Ongoing Resourcing Scheme is working as well as look at the needs of those who don’t currently get support or find it hard to access.

Sean Teddy, leader operations and integration at Ministry of Education, said the Government boosted funding for learning support over recent years to more than $1.2 billion annually.

“Learning support is provided through a tiered approach, based on understanding the strengths and needs of each child within the context in which they learn – rather than by a diagnosis.

“In addition, within the Learning support Action Plan 2019-25, we’re providing more flexible supports to respond to neurodiversity and how to design inclusive learning environments.

“We’ve also worked with Autism NZ to develop online training for learning support coordinators to better understand how to meet the learning needs of students with autism.”