‘Devastating acceptance’: Coastal Wellington communities will be forced out 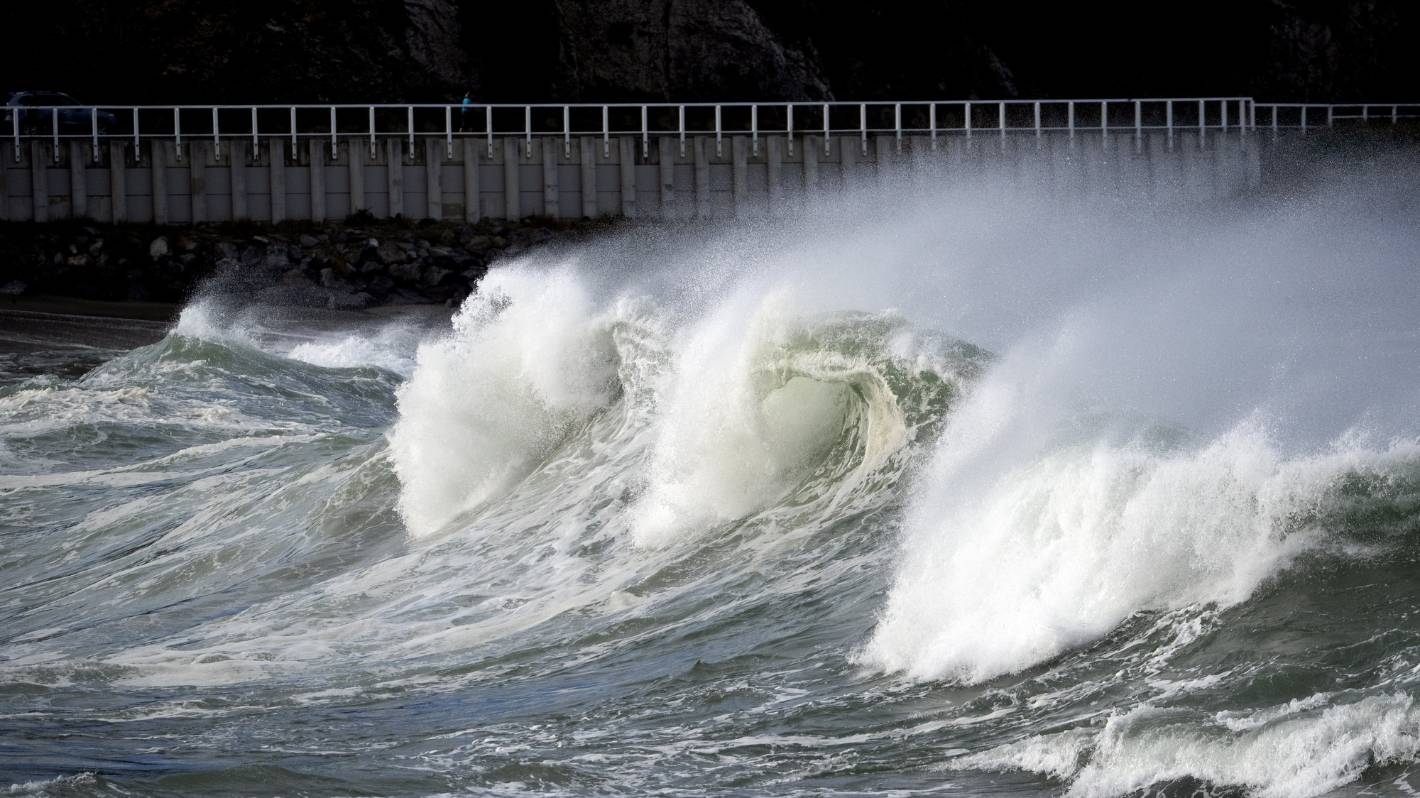 Big waves hammered Houghton Bay on Wellington’s south coast on May 22 but, this time, there was no reported damage.

The Wellington City Council has reached the “devastating acceptance” that aspects of climate change are irreversible, sea levels will keep rising, and some communities will have to move away from the coast.

The council plans to continue to combat climate change but it is now apparent that the likes of cycle lanes and encouraging walking will not be enough to fully save some coastal Wellington communities. Even the central city is threatened by rising seas.

“If we work as hard as we can on reducing carbon, we can lessen how much adaptation we need to do, and give our coastal communities more time,” council climate change response general manager Alison Howard​ said, after presenting to the council’s social, cultural and economic committee on Thursday.

READ MORE:
* ‘Fearless leadership’ needed to adapt to rising sea levels
* When to move wastewater pipes away from rising seas
* We’ll need to retreat from rising seas. A new law could set the path

“Yes, there are scenarios in the future where some coastal communities may need to move to safer ground.”

The council is responding to the first draft of the Ministry for the Environment as it develops the Climate Adaptation Act, in part to deal with communities displaced by sea level rises.

“Most of our major urban centres and population are located on the coast or on floodplains of major rivers,” a current MFE consultation document says.

“This also makes us vulnerable. For example, if sea levels rise by half a metre, 36,000 buildings, 350 square kilometres of land and an extra 48,900 people would be exposed to flooding during extreme events.”

Ōwhiro Bay on Wellington’s south coast has already seen a recent rise in waves damaging properties and resident Eugene Doyle has been a thorn in authorities’ sides to get action and for the community to be involved.

”These decisions are far too important to just leave to councils,” he said.

Communities around the south coast were already aware action was needed, based on facts, science, and drilling down to bay-by-bay data. There was “too much paralysis by analysis” and now was the time for concrete action, he said.

Green Party councillor Iona Pannett said the council had reached the “devastating acceptance” that some coastal properties would soon no longer be viable. This included the central city, Mākara, and the south coast.

Councillor Tamatha Paul, who has called for the council to tackle the problem of moving coastal communities inland for most of her first term, said the council acceptance is a positive move but too-little, too-late and concrete action was urgently needed.

“If, having carefully weighed the options, communities do make the choice to relocate due to intolerable risk and exposure to extreme weather events, then we need an effective process to enable people to relocate their houses, activities and sites of cultural significance away from at-risk areas within a planned period,” he said.

But insurance did cover for big storm events even if raised sea levels were a contributing factor in the damage caused.