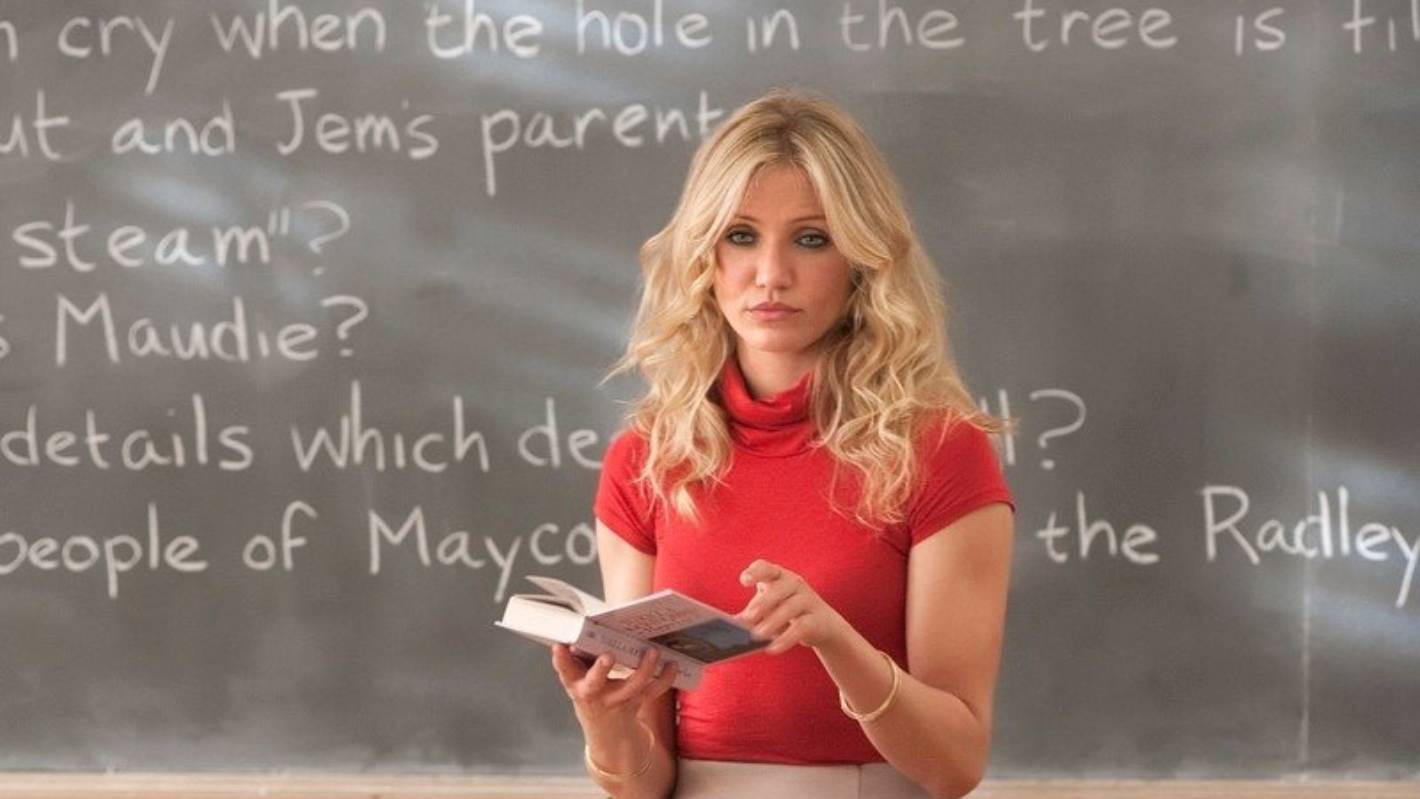 In what must be one of Cameron Diaz’s last great films, before she slipped into the shadows and out of the acting business around 2014, she shines in every way she knows how – she’s funny, she’s hot and she’s really, really good at being a Bad Teacher.

The premise of the film is in the name, with Diaz playing Elizabeth Halsey, a teacher who couldn’t care less about her students because she’s about to marry rich and be set for life – until she gets dumped.

The dumping leads her into a smoking, drinking, depressive spiral, until she discovers the cash prize incentive for the class who scores the highest in the upcoming state exam, propelling Elizabeth to be the best bad teacher she’s ever been.

This film is an absolute favourite of mine, and something I continue to put on, no matter how many times I’ve seen it, when I just want to sit back and laugh.

The Way Down is now available to stream on Neon.

There are two things that are undeniably toxic in this world – diet culture, and in extreme circumstances, religion.

The Way Down explores the life of Gwen Shamblin, a “weight-loss guru” who soared to meteoric heights and established a cult-like following of vulnerable Christian women who just wanted to lose weight.

The documentary details Shamblin’s journey as she uses money, prestige and power to and create the Remnant Church, with a congregation described as a cross between “Handmaid’s Tale and Stepford Wives”.

The facade of the Remnant Church is soon cracked open, when it becomes the focus of a murder investigation, with police honing in on how Shamblin’s followers were told how to discipline their children.

I Love That For You is now available to stream on Neon.

I Love That For You

Most of us are guilty of telling a little white lie every so often, but this is of a story of a white lie taken too far, and exploding into a million lies while potentially hurting a lot of people along the way.

I Love That For You tells the story of Joanna Gold (Vanessa Bayer) who achieves her life-long dream of being a shopping channel host, and gets to work alongside her heroes every day.

The only problem is, she is terrible at it, and when yet another screw up results in her firing, she blurts out the one thing she knows that will guilt her boss into giving her back her job – “I’ve got cancer!”

Joanna did have cancer, only it was when she was a child, and it’s definitely not back, as dupes her colleagues into believing.

Morals and ethics aside, I Love That For You is a dumpster fire of ridiculousness, and makes the viewer laugh, no matter the web of lies our on-screen protagonist find herself trapped in.

Together Together is now available to stream on Neon.

What kind of relationship should a surrogate, and the single guy whose baby she is carrying, share?

Together Together, starring Hollywood’s Dad Ed Helms (Matt) and Patti Harrison (Anna) seeks to answer this question, when awkward, geeky, middle-aged Matt decides he wants to be a father, and Anna desperately needs a gig to earn money for college.

After Matt cross-examines his 20-something surrogate’s one-night stand, the pair strive to create some kind of boundaries, despite sharing a strong connection.

The unlikely duo wrestle with their adoration of each other, while trying to understand if their feelings are romantic, or otherwise.

As the baby’s due date draws closer and closer, the realisation of their treasured time together looms over them.

This is a light and airy feel-good comedy, exploring the ever-evolving idea of what a family in the 2020s may look like.