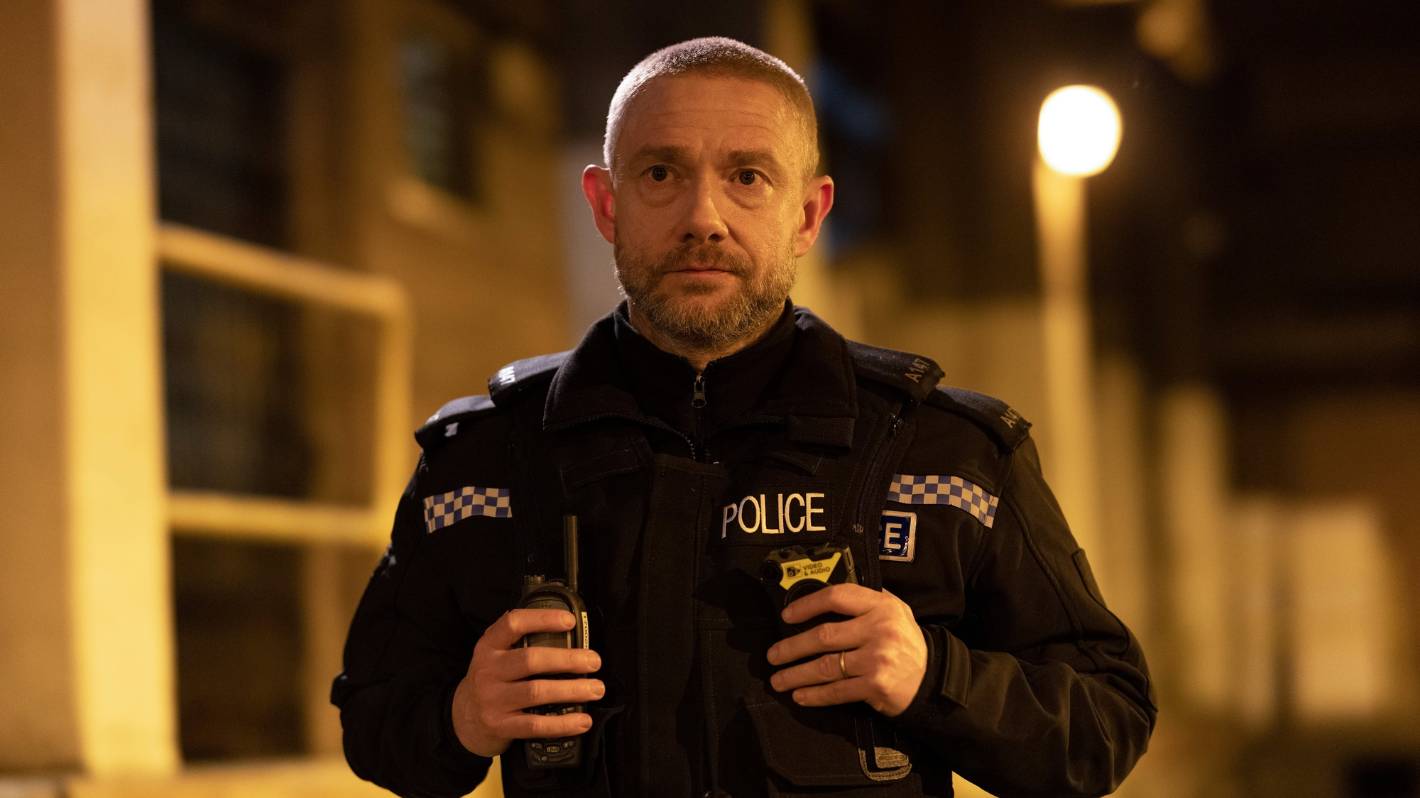 “I can feel that I’m going to crack.” he confides to his employment-mandated therapist, admitting that their sessions haven’t really helped “fix” him. “I’m a shell, the job has ruined me,” he adds, detailing his frustration and depression at being trapped in a cycle of solo night shifts dealing with public disturbances, domestic disputes and often petty crimes.

“I come home with spit on my face, blood on my boots. It’s whack-a-mole, but the moles wear tracksuits,” he wearily quips. “I want to be a good bobby – do good things. I want to be normal.”

The malaise has seeped into his domestic life as well. His daughter won’t sleep on the nights he’s out working, dinners consist of variations on sausages and mash and his wife thinks he’s “disappearing”. Her suggestion of private counselling sessions is quickly rebuffed though.

However, there’s no doubting his on-the-job demeanour and behaviour is becoming increasingly erratic. Carson’s tolerance for regulars is short and personal property boundaries are being disregarded.

Then there are his ties to local drug lord Carl Sweeney (Ian Hart). The latter believes he has Carson at his beck and call, but when our man is reluctant to assist him in finding a “baghead”, he’s not best pleased. Especially when he finds out that Carson has actually been helping her actively evade his attentions.

While not nearly as dark as Cracker or Luther, nor boasting the attention-to-detail and police politics of Line of Duty, The Responder is nevertheless an absorbing character study and cracking thriller.

Cleverly crafted by former Merseyside police officer Tony Schumacher, it purposefully only drops hints as to Carson’s high-flying past and fall from grace, leaving the viewer desperate to know more, while also unsure which way Freeman’s character will play things.

That’s also testament to Freeman’s skill as an actor, making you forget his past baggage as a Baggins and Dr. Watson and ensuring you care about his ultimate fate, even as you’re not convinced he’s going to end up on the right side of the law.

Unsurprisingly a second season is already in the works.

The Responder is now streaming on TVNZ OnDemand.