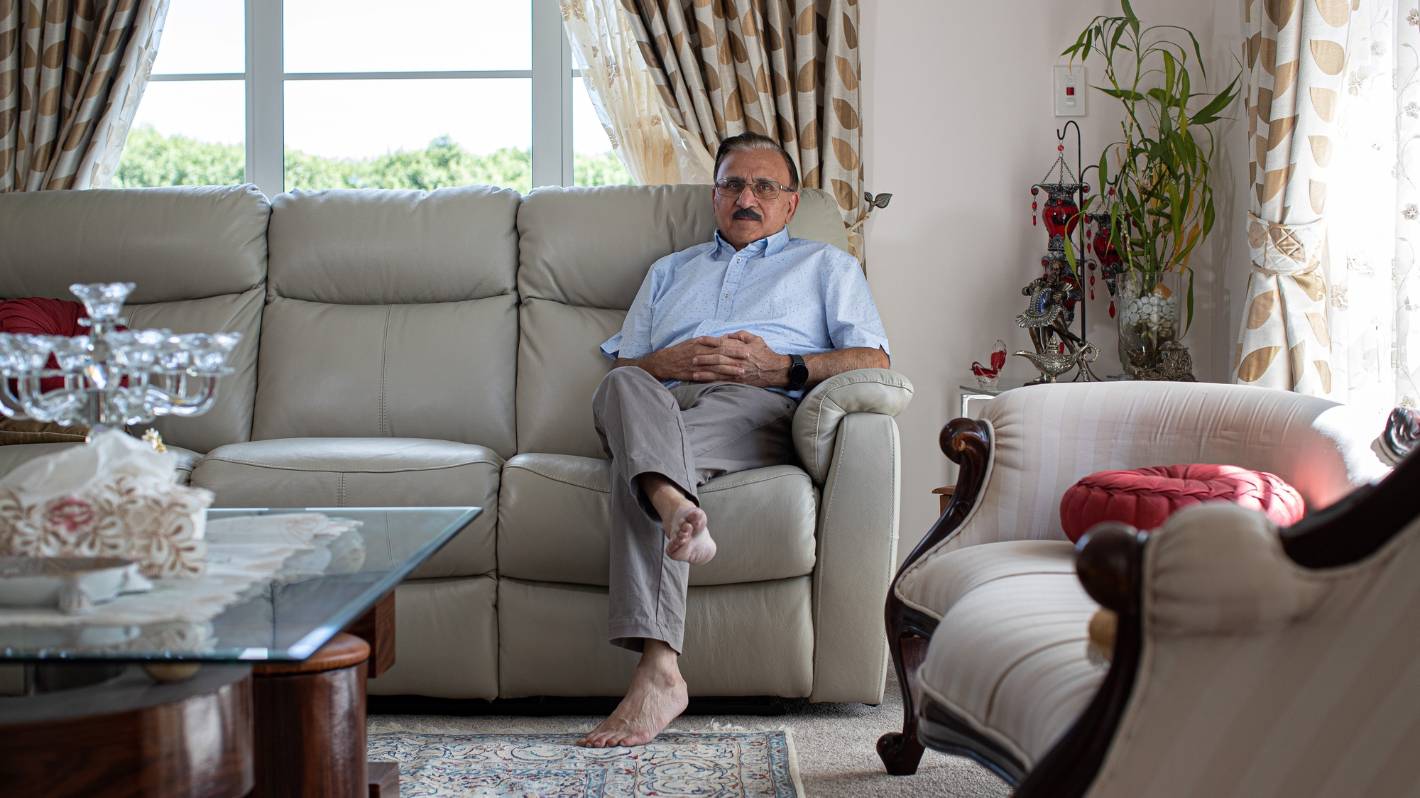 Psychiatrist Anil Channa is lobbying on behalf of a group of 150 overseas-trained doctors who have been unable to find work despite massive skill shortages.

The Government is facing renewed calls to address a “bottleneck” that may be preventing overseas-trained doctors from finding work in Aotearoa.

The move comes as GPs across the nation warned on Thursday they’ll have to cut services as staff juggle workloads that have tripled in the last decade.

Psychiatrist Anil Channa has been lobbying on behalf of a group of an estimated 150 migrant doctors who haven’t been able to find work as doctors despite retraining locally.

“The GPs are so heavily booked that they have stopped taking new patients,” Channa said.

“Who is going to look after these patients? The communities are really struggling, and here we have got the doctors.”

Overseas-trained doctors who did not train at a comparable health system or hold a specialist qualification must pass the NZREX medical registration exam and complete two years of working under supervision in a hospital before they can practise in New Zealand.

Invercargill mother Sonia Heritage had to call her local MP to find a GP for her child when she arrived in the city in 2021. [Video first published in February, 2022]

Local graduates are prioritised for first-year supervised roles, and Channa believes this creates a “bottleneck” where migrant doctors are never given the opportunity.

Channa is calling for a GP pathway, that existed until 2016, to be reinstated. This would allow overseas-trained doctors who have passed the medical registration exam to start working under the supervision of a GP and then practise as a GP after two years.

Stuff interviewed an overseas-trained doctor in March who had been unable to secure a first-year supervised role despite sending out more than 100 applications.

After five years of trying for a job her medical registration exam is no longer valid, and she will have to resit the exam if she wants to continue to pursue a career in medicine. Her experience is typical of the doctors in the group Channa represents.

When asked for comment, the Ministry of Health instead directed Stuff to the New Zealand Medical Council.

Medical Council of New Zealand chair Dr Curtis Walker said there are currently 70 doctors who have sat and passed NZREX in the past five years and are eligible for registration, if they secure an intern position.

“As the regulator, we set standards, however we are not involved in, or have any control over the employment processes,” he said.

“However, we are working closely with the health sector about the support that can be offered to successful NZREX candidates, including greater orientation and induction into practice in Aotearoa New Zealand and we are also exploring a general practice option for completion of the internship.”

Walker said the council has recently supported a proposed pilot for a primary-care focused 2-year internship for a small group of NZREX doctors that will be closely monitored to ensure it provides a quality learning experience and appropriate support.

Stuff reported on Thursday that many GPs have stopped taking on new clients and are booked out two weeks in advance.

A report released in March revealed half of New Zealand’s family doctors will have retired by 2032.

Channa said emergency departments are struggling to cope, and the entire health system is stressed with the increased pressure from Covid-related cases.

“We are understaffed and there are doctors waiting who are happy to work. This should be the top priority for the Government.”