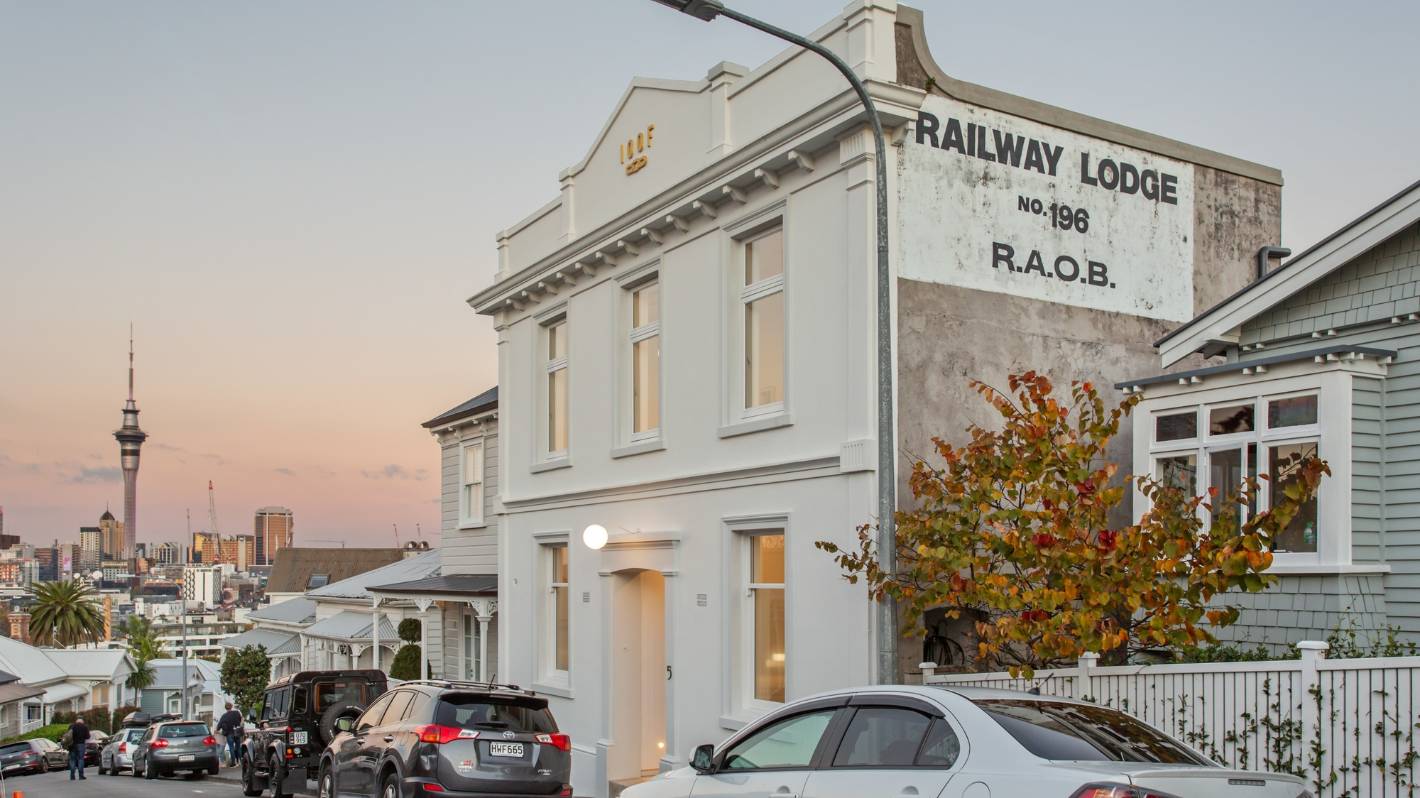 One of Ponsonby’s most significant heritage renovations has changed hands. The former 115-year-old Oddfellows hall in Renall Street, renovated into a family home over the past six years by Jess Britten and Warren Durling, has been sold following a deadline sale.

Listing agent Edward Pack of Bayleys Ponsonby says the response to the hall coming onto the market was “incredible”. “It was one of the most important heritage homes I’ve ever sold. People were coming to look from all over the country. And it was a very mixed demographic. There were single people, young professionals, older couples downsizing from a family home, and young families.”

Pack says the buyer has requested anonymity and confidentiality about their own situation, and the sale price. The 2021 CV is $2.85 million.

Britten, a freelance PR and marketing consultant and daughter of celebrated motorcycle designer the late John Britten, and Durling, a financial controller, don’t know yet where they will move. Britten earlier said they will wait to sell before seriously looking for a new place.

The couple bought the historic hall in Renall Street in 2016, inheriting fixtures and fittings once used by the Royal Antidiluvian Order of Buffaloes. They set about transforming the vast space into a beautiful three-bedroom home, and along the journey they have had two children – Stevie (3½) and Walter (6 months) – and they also married.

When the property was listed, Britten said it had been a “very emotional decision”, but with a growing family they are keen to enter a new chapter in life.

“I would love to take on another project, but they’re as rare as hens’ teeth. If one cropped up we’d jump at the opportunity. After having to think of every detail with this project, we now have all this knowledge we would love to share. But spending time with the kids and family is a priority.”

Pack says the couple were philosophical about the whole selling process and wanted a result. “They were very pleased with the level of interest, and they were fantastic to work with. They have such an attention to detail. The house looked amazing each time I showed it.”

Britten and Durling retained the original character of the 1906 building – the old brickwork and match lining were exposed, and light floods in through high sash windows.

The restoration, which included significant structural work, provides two spacious bedrooms, with ensuites, either side of the entry, with the main suite on the upper level at the front of the building, complete with restored kauri timber ceiling. There is also a family bathroom.

The open-plan living area in the hall itself has been transformed into a cosy space, despite the spacious proportions. Separate rooms off to one side accommodate a scullery, storage room and study.

New owners may like to continue the project – resource consent has been granted for a second stage of works, including a rooftop terrace.