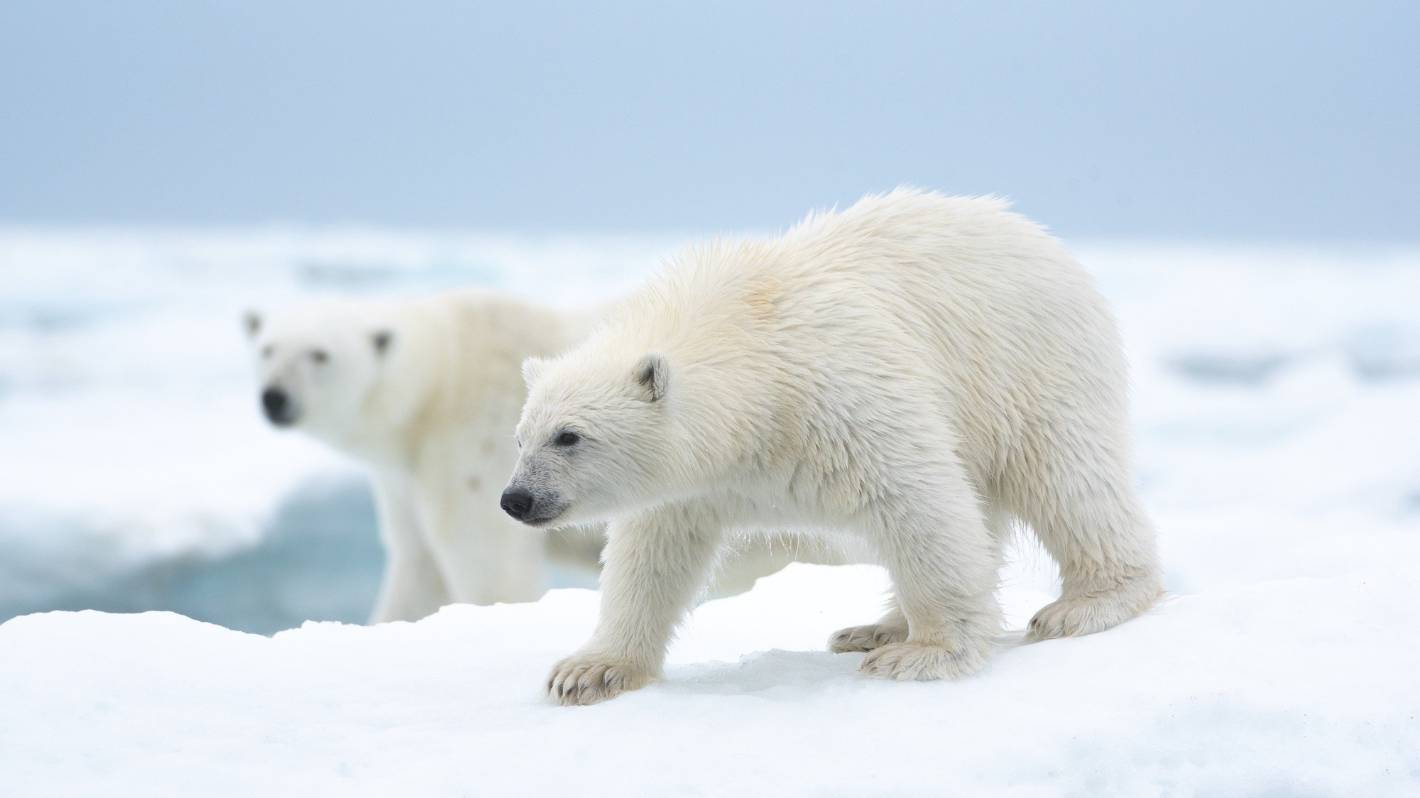 Released as part of April’s Earth Day commemorations, this constructed reality doco was only ever really going to have one central message in its tale.

As the film follows a young polar bear cub as she matures, the movie takes a trek through the Arctic under the premise of the female bear remembering the lengths her mother went to feed her and her brother as climate change really begins to bite.

Following the MO of many nature docos these days, which seek to warn of the extremes we’re pushing our animal co-habitants to, Polar Bear is more overt in its messaging and imagery.

From shots of a burning sun in the clear skies over the ice floes, to vast gaping expanses shot by drones showing how quickly the ice has melted, this Catherine Keener-narrated piece isn’t shy on holding back on its central messaging of the dangers and urgency of climate change – and nor should it, as the crisis continues to wreak disaster on the natural world.

With a deft combination of cute animal moments and utterly devastating emotional beats, Polar Bear may be fairly predictable in its narrative and desires, but if it shapes young minds to the dangers of the world they now live in and how they can immediately affect change, it’s to be applauded.

Obi-Wan Kenobi is now available to stream on Disney+.

Ever wondered how many Star Wars spin-off series on Disney+ is too many?

If that’s the case, well the House of Mouse finds your lack of faith disturbing. Sure, we’ve had Baby Yoda shenanigans in The Mandalorian, and our very own Temuera Morrison breathing life into the seemingly-dead Boba in The Book of Boba Fett – and yeah, sure there are more to come (Ahsoka, Lando to name but two).

But this latest limited series sees Ewan McGregor return to the role of Obi-Wan Kenobi (a role he made his own in the polarising prequels) and finds his character ruminating on where it all went wrong with Anakin Skywalker.

However, there’s not much time to wallow in the past – even though 10 years have past since Revenge of the Sith, and old Ben may be in exile, everything changes when Imperial Inquisitors begin hunting the exiled Jedi on Tatooine.

If the release of the movie in cinemas (remember them?) has piqued your interest in the occasionally adult cartoon, then there’s good news, if you’re in a bingeing mood.

All 12 seasons of the genial comedy show are available to watch now under Disney’s Star banner, and while the animation doesn’t exactly break the boundaries of the genre, the amiable nature of the show may just see you going from devouring one after another like you’re in a fast food joint.

For those unaware, it’s the story of Bob Belcher, a burger restaurant owner in an unnamed US seaside community and his family. And among the dry humour, there’s plenty of odd musical numbers and running gags to reward long-time viewers.