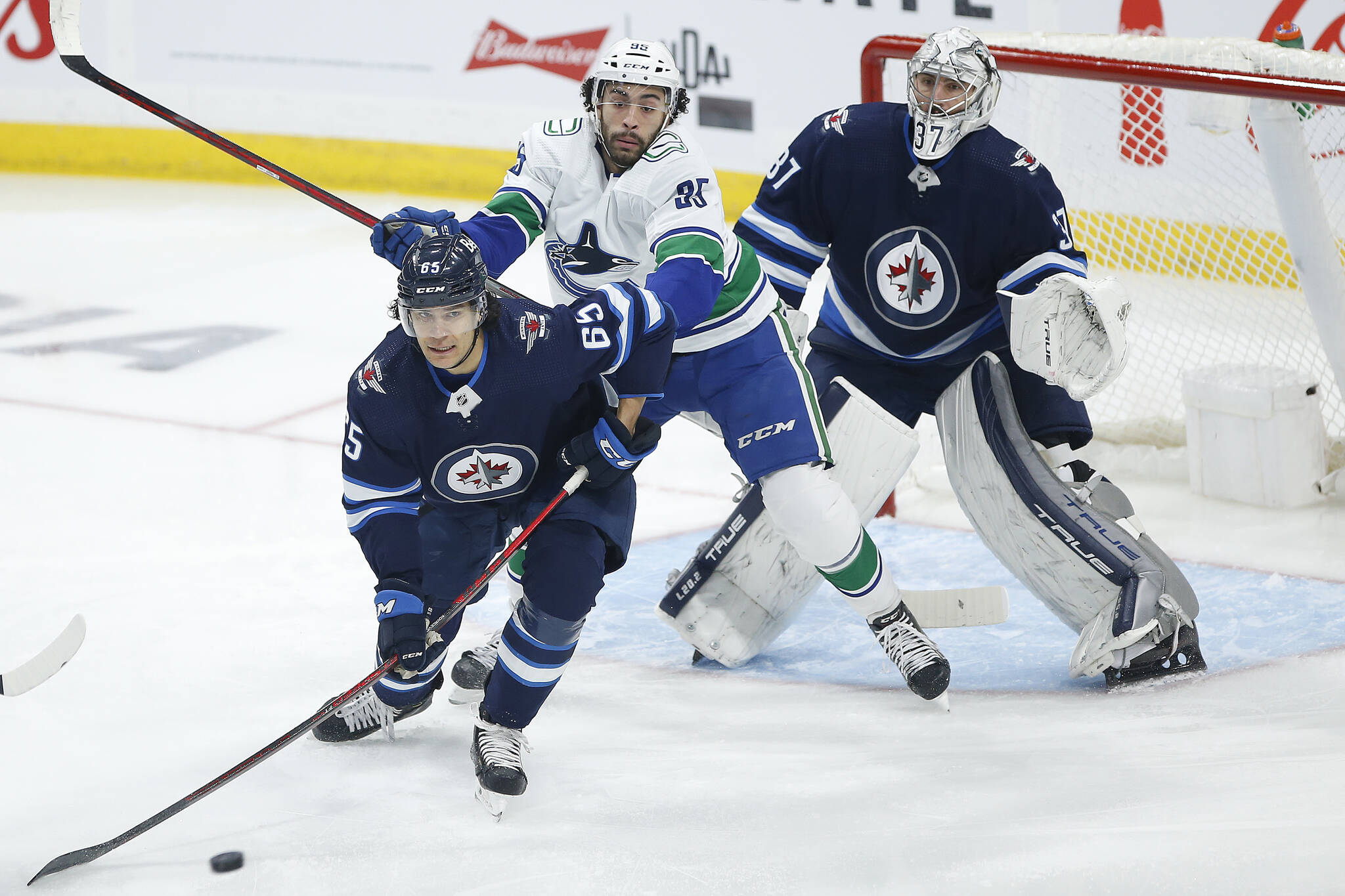 It will go down as one of the more curious cases of asset management in Winnipeg Jets 2.0 history.

The return of defenceman Johnathan Kovacevic to Canada Life Centre on Thursday night — now wearing the colours of the Montreal Canadiens — served as a stark reminder of one that got away.

As training camp wrapped up last month, the Jets couldn’t find room on a crowded blue-line for Kovacevic, a 6-4, 208-pound right-shooting rearguard. So they elected to put the 2017 third-round draft pick on waivers in an attempt to send him back to the Manitoba Moose, where he was coming off a breakthrough season with 30 points (11G, 19a) in 62 AHL games.

Kovacevic, 25, didn’t make it past the very first team on the priority list, as the Habs happily made a claim and have been leaning on him heavily ever since.

“I’m fortunate enough that Montreal saw something in me, and I just want to prove them right,” Kovacevic said following the morning skate ahead of playing his 11th straight game for the Canadiens, where he’s been eating up big minutes and getting matched up against top opposing lines on a regular basis.

“(Winnipeg) were in a situation before where they have a log jam on defence. You can tell, even Ville Heinola is not up right now and he’s a first-rounder, had a few good years. They’re in a situation that… all of that aside, I felt I did a lot here. I was showing and trying to prove myself to the organization that I deserved a shot in the NHL. They didn’t feel that way this year and that’s something I’ll definitely use as fuel on some days.”

Barring injuries or a trade, it was always going to be tough for Kovacevic to immediately crack the lineup, with five established veteran defencemen in Josh Morrissey, Neal Pionk, Nate Schmidt, Brenden Dillon and Dylan DeMelo ahead of him on the depth chart. Dylan Samberg and Logan Stanley (now on injured reserve) both made the team, too. The biggest surprise was the decision to keep eight defenceman and have the final spot go to journeyman free-agent signing Kyle Capobianco.

The result was rolling the dice on losing Kovacevic, a drafted-and-developed product the organization had invested so much in, and getting nothing in return.

“I knew nothing about Kovy. I was pleasantly surprised at the kind of player. Obviously his size is fun. He plays hard and defends well, and actually supports the offence pretty good,” Montreal coach Martin St. Louis said Thursday.

“He always has good intentions, and he has a great mind for the game I think. He’s earned every opportunity, every bit of ice time he gets. He’s earned it. That’s what happens in this league sometimes with waivers. He didn’t quite fit in on the team he was on, and he gets an opportunity. It’s what they do with that opportunity. Kovy has taken the ball and run with it.”

“I was showing and trying to prove myself to the organization that I deserved a shot in the NHL. They didn’t feel that way this year and that’s something I’ll definitely use as fuel on some days.”–Jonathan Kovacevic

The fact that Capobianco has yet to see any action — he’s been a healthy scratch for all 10 Jets games so far — only confounds the decision by general manager Kevin Cheveldayoff, who has yet to speak publicly since the decision. Put another way, would Montreal have jumped at the chance to grab Capobianco and immediately insert him into their lineup the way they have with Kovacevic? Likely not.

“I was definitely hopeful. I was optimistic,” Kovacevic said about getting picked up on the waiver wire.

“I knew I had a good last couple years in the AHL. Last year, specifically, I felt I was solid and would use that as an audition. I knew, anyone could see there’s a bit of a log jam on defence in Winnipeg. Myself being part of that. Just kind of using that as motivation to say, well I’m in the AHL now. I’m going to show the other 31 teams what I can do knowing I’ll be on waivers next year and they’d have to make a decision on me.”

Kovacevic said it was bittersweet to bid goodbye to the only big-league organization he’d known, but the Hamilton native was thrilled to go to a marquee franchise such as Montreal.

“My three years with the Moose were unbelievable. Something that really got me ready for this opportunity as a player and as a person. I made great relationships with the staff, with the players. I have the best friends there, and I’ll be best friends with them my whole life,” he said.

“I guess that’s just part of hockey that fans might not think about all the time. You have to uproot your life. I liked my life here, I liked the community. Moving alone to Quebec and Montreal, that part of it was tough. The flip-side of that is I’ve been working my whole life to get an opportunity to play in the NHL. This organization believes in me, and so far they’ve been great to me. They’ve been welcoming and given me opportunity and just treating me very high-class. I have nothing but great things to say and am pumped about the opportunity.”

Kovacevic has been paired with fellow rookie Jordan Harris as the rebuilding Habs look ahead to what they hope will be brighter days. He said it’s exciting to be part of a young, energetic group that is essentially growing up together.

“I’m just trying to establish myself as someone the team can rely on. I just want to be a reliable, solid defenceman out there.” – Jonathan Kovacevic