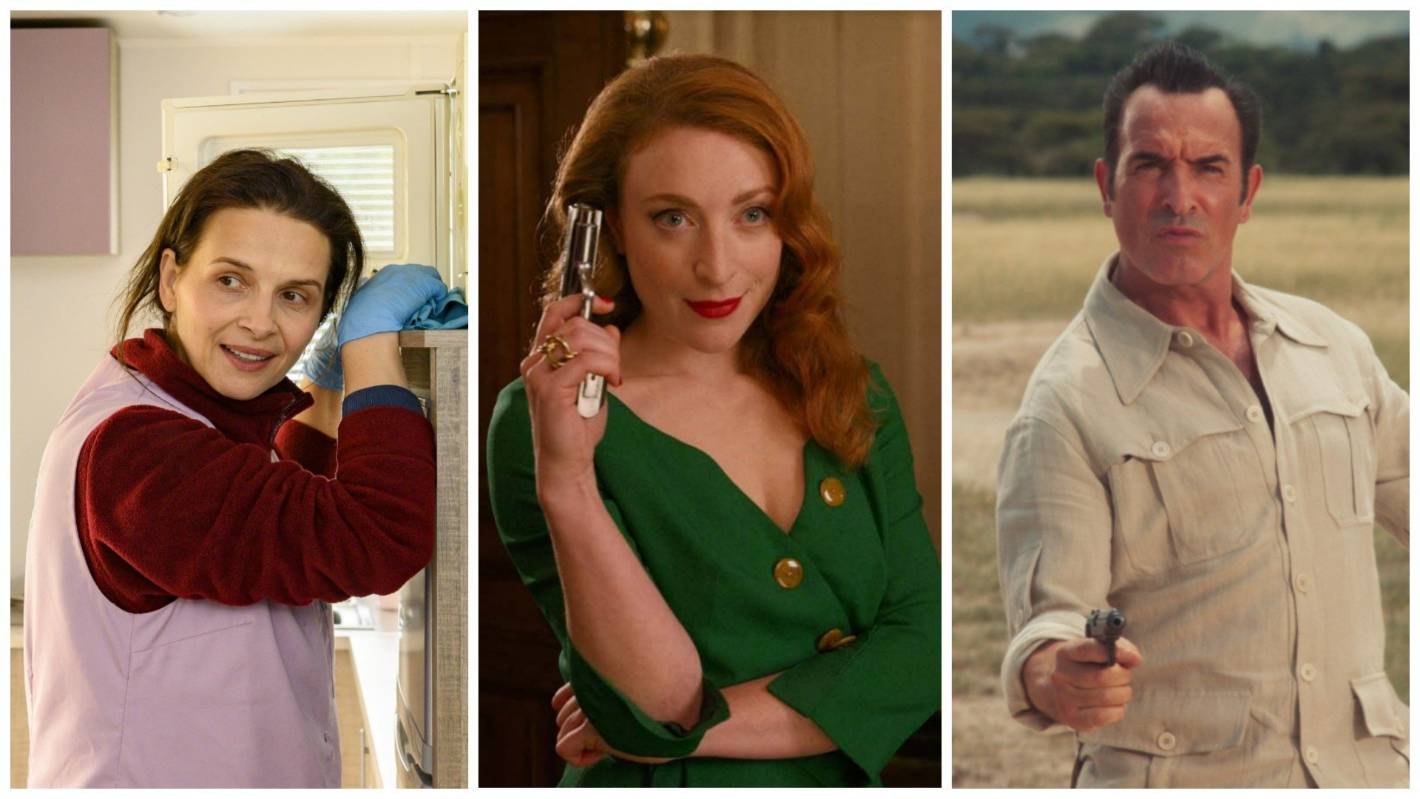 New Zealand’s annual celebration of Gallic cinema is back.

The 2022 edition of the French Film Festival Aotearoa will unspool in 15 different towns and cities across the nation during the next two months.

Festival director Fergus Grady says the 21 fabulous flicks have all been thoughtfully hand-picked and curated, aiming to “fully immerse audiences in a culture that is known for its passion, style, sophistication and of course cuisine, through a selection of dramas, thrillers and comedies”.

However, after looking through the schedules and having the opportunity to preview some of the titles, Stuff to Watch has come up with our five favourites that we urge you to go and seek out.

Reminiscent of the social dramas of The Dardenne Brothers (Two Days, One Night, The Kid With a Bike), Juliette Binoche stars in this eye-opening dramatisation of Florence Aubenas’ best-selling 2010 non-fiction book The Night Cleaner. She plays Marianne, a supposedly down-on-her-luck divorcee who has moved to the city of Caen to start a new life.

However, her immersion into the world of thankless low-paid work isn’t really for the money, instead it is to provide inspiration for her latest book. As time goes on though, the greater her fondness grows for her colleagues and empathy for their plight.

OSS 117: From Africa with Love

Fans of the Roger Moore version of 007 – or the Austin Powers movies – should definitely check out this hilarious, spot-on James Bond spoof.

It’s actually the third time Oscar winner Jean Dujardin has played the role of Hubert Bonisseur de La Bath, following earlier adventures in 2006 and 2009, while the character was the subject of seven cinematic features between 1956 and 1970.

This time around, the year is 1981 and the man codenamed OSS 117 is facing threats from a young upstart, developing computer technology and feminism. Then there’s his mission, ensuring rebel forces don’t stop an African president being re-elected.

A Mermaid in Paris

A kind of a cross between Splash, Amelie and The Shape of Water, this charming romantic fantasy is filled with memorable imagery, music and characters.

Gaspard (Nicolas Duvauchelle) is a singer at a famous, but fading barge-cabaret the Flowerburger, who croons to try and ease the pain of his broken heart. But when Lula (Marilyn Lima) washes up on his doorstep, he finds himself captivated by her charms, even though she warns him that such affection could be fatal.

If you enjoyed Knives Out, Ready or Not, or can’t wait for the next season of Succession, then get yourself along to this scabrous and murderous comedy.

Architect Jeanne (Alice Pol) thinks she might be in the running for a dream job, overhauling the sumptuous mansion owned by board game empire king Cesar Daguerre (Eddy Mitchell). However, when she arrives for an on-site interview, she becomes embroiled not only in a multi-dimensional family spat, but also a supposedly real-life murder mystery manipulated by a killer who wants to put all those who remain through a series of potentially deadly tests.

Filled with plenty of red herrings and surprise twists, this candy-coloured confection is a riot from start to finish.

Depending on your sensibilities, this is either France’s answer to The Best Exotic Marigold Hotel, or a buddy comedy in the vein of The Intouchables.

After his impatience with others finally goes a step too far, the feckless Milann (Kev Adams) finds himself forced into community service at a retirement home. As he struggles to meet the needs of the sometimes demanding and manipulative residents, they gradually warm to his charms as he uncovers an unsettling truth about their shared home.